The main reason we chose this property over the one across the street was the pond. And one of the reasons we had on our pro/con moving/staying list was the pond.

The pond has some old filtration system. It use to lead the to cistern here on the property. It’s old and needs work and possibly replacement. For now the alternative water sources have been more viable. There has been a lot of discussion in the past two years about the health of our pond. We have swam in it, animals have drank from it and we have eaten fish from it and no one has ever gotten sick. Its a man made pond fed from the run off from the hill. One reason we wanted to purchase the land on that side of the hill but it was bought before we could. We also lose privacy as anyone on that hill has full view of this section of the homestead.

The pond is home to fish, turtles, frogs, toads and numerous insects including dragonflies. We have been cleaning up a lot of the trees and weeds growing around the pond and will be planting plants more suitable for the pond and create a natural pool. The algae you see in the photos is filamentous algae – cotton and silk- which we rake out on occasion. The algae is usually limited to the edges of the pond and are good for the natural balance of the ecosystem. 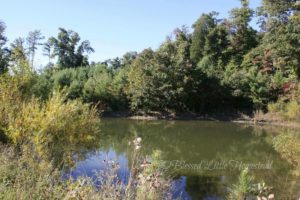 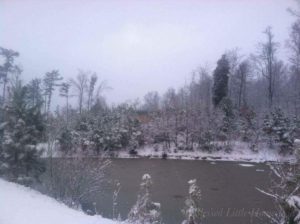 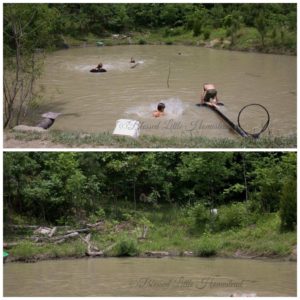 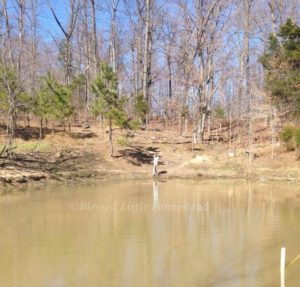 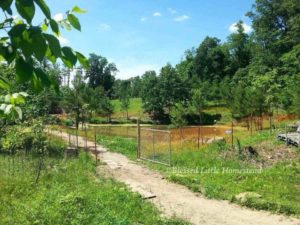 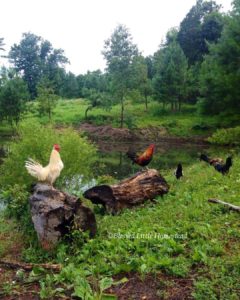 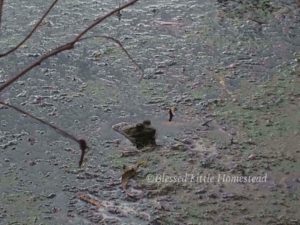 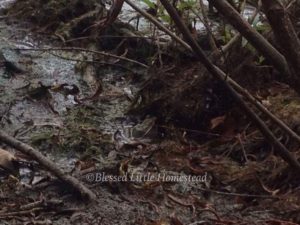 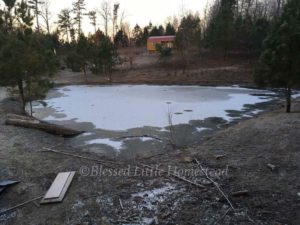 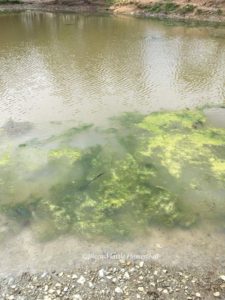 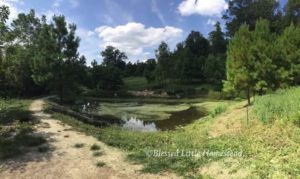 Weve cleared a lot of brush and trees around the pond to allow other plants and trees to grow. The oak tree was crowded by the crab apples so we took them down. (It’s near the crooked pine which we also left). We will be adding a dock on the side near the path and a sandy beach area on the opposite end. The rest will be foliage, flower garden area including a few trees. Quinten will be building a few sitting benches. We will also be incorporating an aquaponics system down the road.  By spring it should be complete minus the aquaponics which is planned for late 2018.