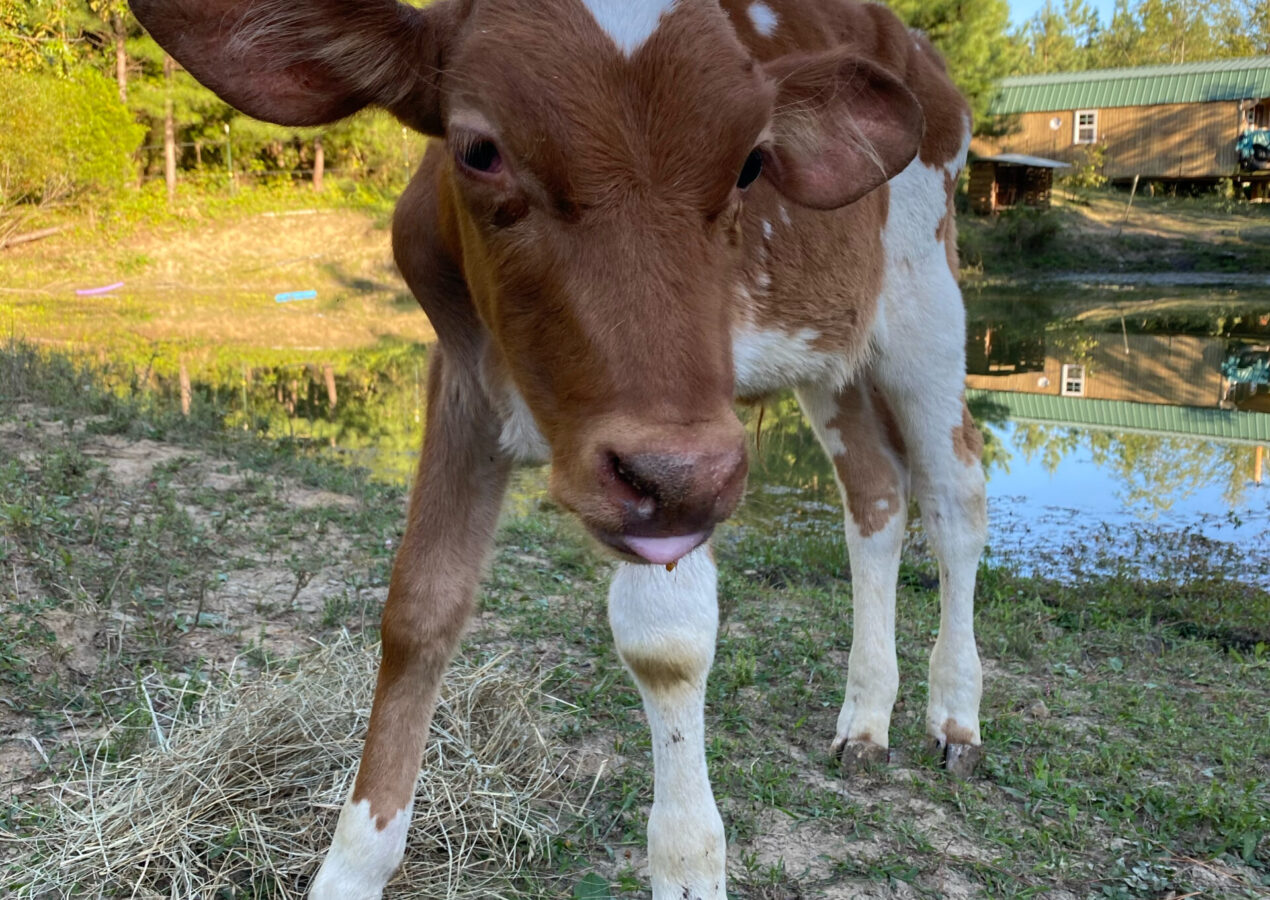 Back in January we had decided that this year we would add some livestock to the homestead. Of course like everyone else, nothing in 2020 went as planned. We decided to wait till spring.

Last week Abigail picked up a horse from a rescue when we saw this young calf. We were discussing getting calves in the future when it came up that this young calf was available. Since we were already transporting a horse we decided to take the calf along as well.

We have never raised a calf. We have taken care of other peoples cows before and I read a lot so we have a bit of bovine knowledge but first hand experience is limited. 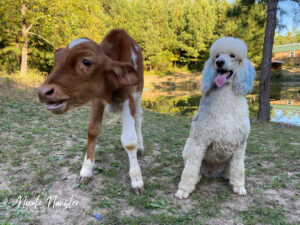 We named him Norman. 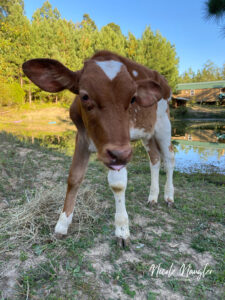 He was pretty laidback when we got him and that is typical for a newly weaned calf, and he good the first day or two. Then he started getting sickly. I started him on some probiotics and watched his condition to see if it was temporary. He got worse so we put him back on the bottle. Even tho he was eating grain and hay he wasn’t absorbing the nutrients. Its common on bottle fed babies after weaning.

He took to the bottle well, and on the third day of bottle feeding he was following me around instead of being lame. Everyone enjoys taking care of him. Even the dogs watch out for him. 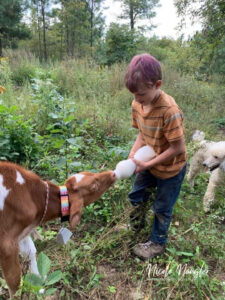