I’ve had a few questions about my dreads… I like to refer to mine as knotty “naughty” hair, as it doesn’t mind like I want it to lol 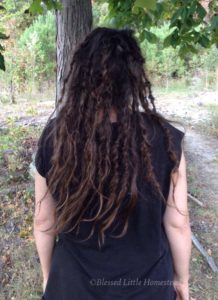 They (dreads) are nearly 3 years old. This was my hair two weeks after I started them. Today my dreads are just below shoulder length. Dreads shrink your hair length, something I gave a lot of thought too before I decided to go forward.

They say dreads take a while before you like them. You have to be sure it’s what you want. It’s also a bit trying. It’s like growing out a short haircut, you just have to be patient. I wore a tam for the first year, which does help your dreads develop and hides the awkward stage. 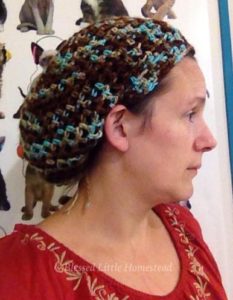 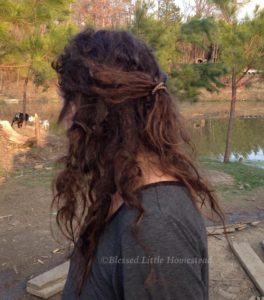 Dreads aren’t dirty, not generally. Brushing removes knots, which I don’t do, I just control the knots. I wash my hair 1-2 times a week, which is the same as before dreads. Washing too much is bad for my hair. It takes a bit longer to wash, and a lot longer to dry, but it’s still not a big chore. I wrap with a towel and soak up most of the water, then a second towel and then air dry. 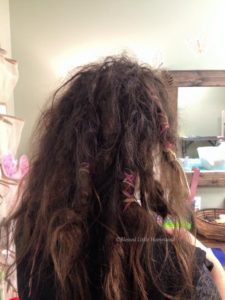 I have done a bit of wrapping, and it didn’t stay as well as I wanted. I would like to get some chunky beads. I’ve bleached one dread and I dye it on occasion. It’s half pink, half purple and faded right now. I keep intending on coloring it, I just haven’t. Dreads aren’t as heavy or cumbersome as I had anticipated, but at times they get in my way. I rarely wore my hair down before anyhow. And I can wear them in most any style as I did before, often in a pony tail or half pulled back. My dreads are long enough I can use two side dreads to hold my hair back from my face. As they get longer they will get heavier, but I am doubtful mine will get that long. 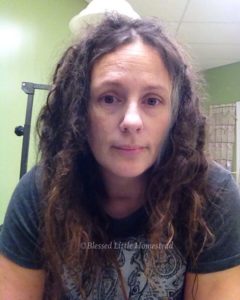 I’m happy with my dreads at this point. Dreads aren’t for everyone, and I was a bit surprised how many people are actually offended by someone else’s hair. I and others, get two main criticism. First, that dreads are dirty and nasty, which isn’t the case for most people and us no different than any other hairstyle. Second, that dreads are not culturally appropriate for Caucasians. But many cultures had/have dreadlocks, or knotty hair or braids etc. The Rastafarian culture just made dreadlocks more popular. Personally I think those with  Scandinavian heritage look amazing with dreadlocks, and that’s kind of what inspired me.

Back into Blogging with a Big Announcement