Skip to content
Inside the Truth ~ The Blessed Little Homestead Story of Corruption, Collusion and Compassion

Inside the Truth~ Chapter 1: Hello Newman 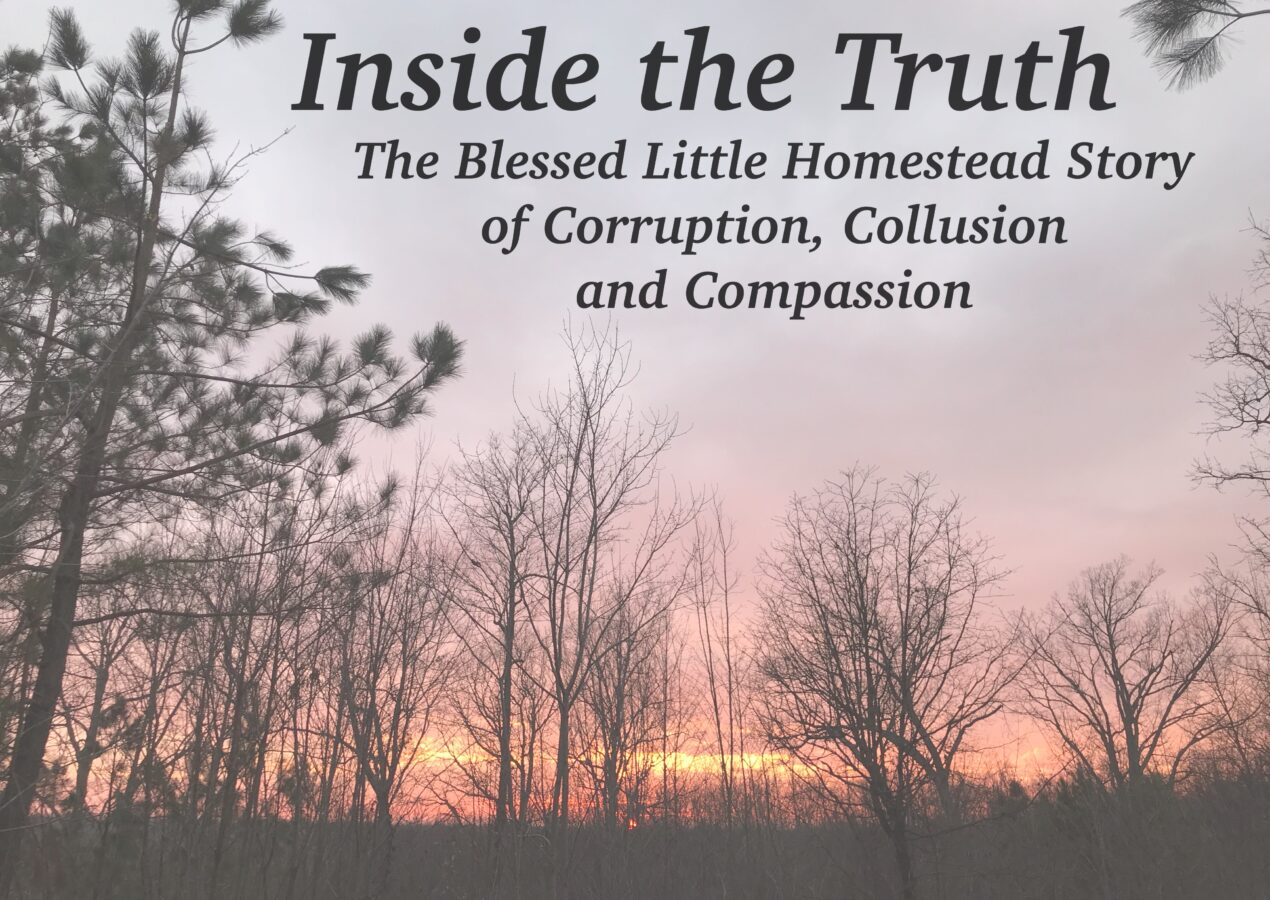 When we moved to Breckinridge County we wanted to find that happy medium of keeping to ourselves but also know the community a little. Being the friendly guy he is, my husband was sure to introduce himself to the Sherrif when we had paperwork to file at the courthouse.

My first impression of Todd Pate was a good one. He seemed like a laid back nice guy. We really liked the area and by driving around we figured we wouldn’t have any issues here. Everyone seemed friendly but not judgemental.

But in March of 2014, that changed. My daughter Olivia who was 6 at the time got mad at her brothers and stormed off. Last I knew she had gone to bed to take a nap. She didn’t. She had walked about a mile or so up the road. As soon as I realized (maybe 10-15 minutes) her older brothers went looking for her. Jacob headed up the road and Quinten went to the woods to the fort. I was 9 months pregnant and my husband was at work with our only vehicle.

Jacob caught up with her about a half mile from the house as a woman had stopped her and was driving her back home. Jacob took Olivia home and the search party was called off.

I sat down and talked to Olivia about what happened, not long after I hear the children say someone is here. I walk down to the driveway to see a plain white car in my driveway and a man walking towards us. My sons and I confront him realizing it’s the Sherrif.

He begins his demands on me. I call my husband and begin to record.

After everyone left, we had to re-evaluate a lot of things. That experience was so traumatic and I didn’t even recognize it till years later how that whole scenario left some psychological damage.

I am sure there are some who will say why didn’t you just cooperate. Because that’s not who I am. We have rights for a reason. And even my diplomatic husband who tried to cooperate was quickly shown what kind of man we were dealing with. We saw he was dangerous. But what could we do?

I recall the next time I saw him when I was at the county offices a few months later. “Hello Newman” I said in my very terrible Jerry Seinfeld voice. I don’t think Todd Pate even paid attention to what I said, but for the next year and a half, I referred to him as Newman. I guess it was my own personal joke to deal with it all. That’s just how my mind works. I can find dark humor in weird places.

I don’t know why Todd Pate came at us so aggressively , I can only speculate, but I think part of it is the bully mentality that is documented in many law enforcement statistics. I also think it has to do with Clayton, the young man Todd Pate helped rescue a decade or so ago. I think his strength has become his flaw. He treats everyone like Clayton. And that is a problem.

*This is the first chapter of my blogbook

Inside the Truth ~The Blessed Little Homestead Story of Corruption, Collusion and Compassion

Inside the Truth~The Blessed Little Homestead Story of Corruption, Collusion and Compassion ~ Introduction